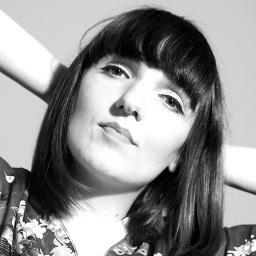 Beyond The Silver Pit

Adelle has published three collections of poetry and her writing has appeared in The Guardian, The Times, The Stool Pigeon and Morning Star. In 2012 Dark Corners of the Land was named Poetry Book of the Year at the 3:AM Awards and was also a Scotsman Book of the Year. She teaches Creative Writing at MMU’s Manchester Writing School and was included in the Read Women 2014 list.

Alongside Ben Myers and Tony O’Neill she was a founding member of the Brutalist Poets, one of the first literary movements to be established via social media. Described as ‘a kitchen sink realist poet’ by the Spanish daily ABC, her writing records the realities of everyday life in a visceral and unflinching way. Raised in a small farming community in Yorkshire, her poems often respond to the harsh and uncompromising power of the natural world.

Her poem Bad Blood – a collaborative work with analogue filmmaker Cherry Kino and musician C.A.R – was selected for Berlin International Directors’ Lounge and Filmpoem Festival in 2014. Adelle has recently edited a chapbook by the Japanese poet Akiko Yosano on Tangerine Press, and is currently writing a non-fiction novel based on the life and work of Bradford playwright Andrea Dunbar.