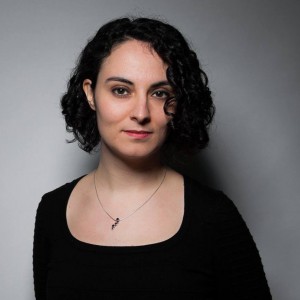 Lost and Found and The Stories Under Our Feet

Elisa Artesero is a Light and Text Artist using installation to address themes of transience, the nature of happiness and hope.

She has exhibited in the UK, France, Montenegro and the Faroe Islands; receiving international press as far as Mexico in the country’s second-largest newspaper, Excelsior.Awarded Curator Choice for Fine Art at NOISE Festival 2014, she was selected from over 5,000 entries by Tim Marlow, Director of Artistic Programmes at the Royal Academy.

Her winning entry, ‘Sun Scroll’ was exhibited at the Buy Art Fair in Manchester, the Tetley in Leeds and at Better Bankside and on London’s Southbank. Elisa had a large-scale solo exhibition ‘Light Holds Me Here’ in Manchester 25th- 28th September 2014 funded using public funding through Arts Council England and sponsored with lighting by Pulsar.

In November 2014 she had her work featured in the Nordic House at the light art and literature festival, Bókadagur, in the Faroe Islands. A Red Bull Creative 2014 she was asked to collaborate with award-winning photographer, Layla Sailor, to create a special installation in Red Bull Studios, central London.

Elisa was awarded another Arts Council England grant to produce ‘A Solid Wish Scatters’ her first large-scale outdoor piece of work in Piccadilly Gardens for the Enlighten Manchester Festival of Light Art 2014.

On this success she has been awarded a further Arts Council England grant to produce more large-scale light installations for the 2015 Enlighten Festival. She is also exhibiting her largest outdoor work ‘DREAMERS’ as part of Lumiere Durham 2015, a four day international light festival produced by Artichoke. Elisa continues to work on her writing, light art commissions and project collaborations from her studio at ArtWork Atelier.