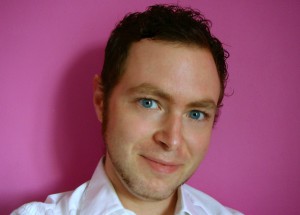 Jack is a composer on Curated Place’s Moving Classic’s Scheme and was selected as a composer in residence working in Oslo with the ‘Pinquins’ on a cross-cultural piece about story-telling in northern Europe using Welsh and Norwegian languages as a basis for the electroacoustic elements. The work ‘East of the Sun West of the Moon’ was premièred on the Pinquins’ Two Nation’s Tour in Islington Mill, Manchester and in Norwegian Church Arts Centre in Cardiff March 2015.

He has been awarded a prize in a different category every year since this first success. In November 2013 Jack’s multi-part choral work ‘Islands (Ynysoedd)’ was performed in Southwark Cathedral following a development period working with Hilmar Örn Agnarsson and Kjartan Sveinsson (ex-Sigur Rós musician) for the occasion of the late Sir John Tavener’s 70th birthday. A review of this piece by Hugo Shirley in The Telegraph described it as ‘terrifically imaginative and effective’. In 2014 Jack was featured as one of Google Cultural Institutes ‘New Voices in Contemporary British Music’.