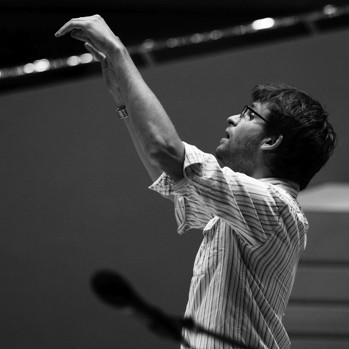 Joe Duddell has always divided his time & passion equally between alternative and classical music. Shortly after his band Pullover caught the eye of hip label Fierce Panda, he went to study composition with Steve Martland who was the only composer to be exclusively signed to Factory Records – at the Royal Academy of Music.

Three BBC commissions Parrellel Lines, The Realside and Vaporise led to a publishing contract with Schott Music in 2000. After being youngest composer ever to be commissioned to write for the BBC Proms in 2000, Joe was commissioned again in 2003 to write Ruby, a concerto for the percussionist Colin Currie, which was immediately repeated at the 2004 BBC Young Musician Of The Year.

Joe went on to write 3 further works specifically for Colin, including Snowblind, which has toured Scotland, Europe and Canada, and Freaky Dancer, which toured across the USA with the Los Angeles Guitar Quartet.