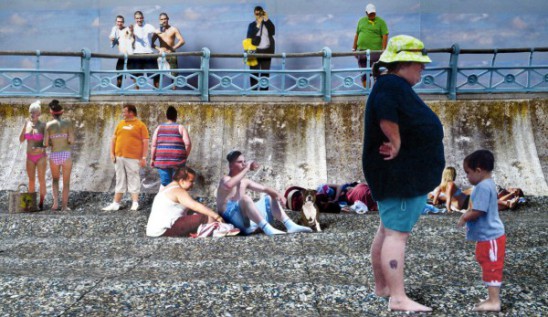 Following on from his success as a featured Artist at Enlighten 2015, Photographer Mark Page has been featured in acclaimed photography magazine GUP.

In the Guide to Unique Photography‘s next issue titled Mixing It Up, Mark is featured alongside other acclaimed photographers, as leading experimenters with the medium.

Mark, who specialises in socially-engaged creative photography, presented his work Sodley-on-Sea at Enlighten 2015: a photographic social documentary series about an imaginary British seaside town. Sodley is made up of images sourced from the Internet that are printed, physically cropped and then used to build dioramas that are photographed before being destroyed.