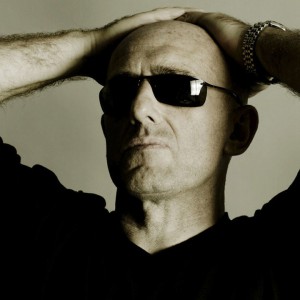 Beyond The Silver Pit

Trevor Johnson has been creating iconic images, typography and graphics for the past five decades. He forged his reputation in the days of the 80s & 90s Madchester rave scene with designs for the legendary Hacienda nightclub and its owners Factory Records – the bedrock of the modern creative economy in the city. Contributions to the feature film of the activity of the period ‘24 Hour Party People’ included a guest cameo role in the movie.

It was the legacy of this work that saw Trevor graduate into a league of highly respected local design mavericks and he continued his involvement in shaping the image of Manchester, creating branding for some of the region’s leading organizations including Manchester United FC, Manchester International Airport, Granada Television, and Manchester City Council, and with a close association with all of the region’s main architects and developers was at the start of Manchester’s urban renaissance.

With vast experience in both arts-based activity and visual communication he has independently Art Directed shows and productions for galleries such as Tate Liverpool and Cornerhouse Manchester, publicity for clients Granada Television, North West Arts, and Royal Exchange Theatre, and has co-ordinated various visual arts projects for solo artists and for national galleries such as V&A. In the early 00s he also ran his own Northern Quarter gallery, Object57 presenting art, photography, graphics, illustration and 3d, with contributors ranging from high-profile international established artists, to upcoming starlets.

His work has been widely published in various international and European industry books and publications, and often featured in UK style mags such as The Face and ID during the 80s & 90s. He has contributed to the formation of both undergraduate and postgraduate design courses at Salford and Manchester Universities and lectures in visual communication, branding and typography. Included in the Who’s Who of Manchester publication, he was appointed a member of the City of Manchester’s Creative Panel, and is currently Design Director at Havas Lynx Europe, Manchester’s leading design consultancy.

Renowned in his shared hometowns of Salford and Manchester, to this day Johnson is one of the regions most respected designers with a strong following amongst creative and digital professionals as a leading light in his field.